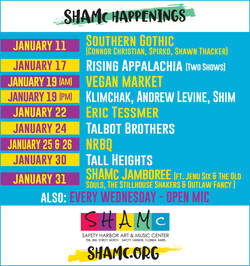 ***January 31 has been changed to "Hootenanny Night" with three LIVE musical acts-Justin Mason & Blue Night, Reckless Saints, Outlaw Fancy***
thundertix ticket links
From playing on the streets of Boston to now performing in venues across the globe, the duo of Paul Wright and Tim Harrington, together known as TALL HEIGHTS, have built a career from the ground up, diligently as a relentless touring act. It’s been a journey of consistent evolution for the longtime best friends – everything from instrumentation to production to the size of their band has changed throughout the years, hand-in-hand with an ever-growing audience of listeners. Yet with all of this change, there remains a distinct DNA that courses through the entirety of Tall Heights’ music. The potency of their sound cannot be credited to harmony alone, but rather a unique union of two distinct voices that makes the music inarguably their own.

Tall Heights’ story begins just outside of Boston in Sturbridge, MA, where Paul became close friends with Tim’s elder brother. Two years Tim’s senior, Paul grew up in a family of classically-trained musicians, taking up the cello at a young age, while Tim, the middle brother of three boys, grew up in a household largely devoid of music. While Paul was a consistent fixture in Tim’s life, it wasn’t until high school, when they both took up playing the guitar, that the two began working on music together. Paul recalls, “This kid who had been my best friend’s little brother, not someone I had ever felt connected to, was suddenly my best bud with a shared dream­­­.” Tim echoes the statement, describing himself as the “eternal little brother” and musing on the disparate beginnings that eventually evolved into the musical partnership it is today.

Flash forward to 2018 and the twosome continue on their biggest winning streak yet; with 130 million streams under their belt and touring alongside the likes of Ben Folds, CAKE, Judah & the Lion and Colony House, they ­­­­now gear up for their sophomore album Pretty Colors For Your Actions. Co-produced by Oliver Hill and Steve Wall (both of whom worked with the group on their 2016 LP Neptune), the 11-track album is a sonic universe where man-made instrumentation meets grandiose, contemporary production. Stepping back from the production-heavy, synthetic palette of Neptune, (itself a reaction in part to the acoustic instrumentation of 2015’s Man of Stone), Pretty Colors For Your Actions was recorded with a live band in-studio, creating what Tim describes as, “something much more alive and tactile,” than their previous work.

In a rapidly changing musical landscape, Tall Heights’ commitment to a singular sound is what holds the duo together. It’s an emotional partnership of Yin and Yang that runs as boldly through their harmonies as it does their friendship. Tim, the more outspoken of the two, is constantly five steps ahead of whatever is happening in the studio. Described by Paul as able to “tap into a creative superhighway at a moment’s notice,” Tim’s instincts often drive the group towards the end-product of an album. And if Tim is the spark of spontaneous artistic inspiration, Paul’s songwriting prowess fans the flames. Described by Tim as “his silent sage” and the band’s “true ace-in-the-hole,” Paul brings his lifetime of classical training and understanding of harmony to keep the band on track both lyrically and compositionally. “He’s careful, but not out of fear,” Tim reflects on his bandmate. “Instead he has this profound inner trust that the finished product will be worth the wait.” These two opposing forces create a balanced synergy for Tall Heights: Tim’s instinctual emotionality pushes the group towards completion, while Paul’s quiet musings pull back to refine. It’s this complementary duality, a pairing of disparate strengths that work together as harmoniously as the music itself.

“No matter when you’re creating – culturally, politically, environmentally – the only thing that endures is something that is art across all borders and times,” says Tim, explaining, “It needs to first and foremost be a thing that’s worthy of consumption on an emotional level. Anyone can make a comment on something with their words, but the things that last are the things that inexplicably capture your heart.” Although speaking broadly about the nature of art, the sentiment is the perfect analogy for Tall Heights’ enduring success. From their start nearly ten years ago up until now, perhaps the only thing that hasn’t changed for Paul Wright and Tim Harrington is, in fact, each other. It’s this union of two seemingly opposing pieces, coming together as one, that remains the undeniable force in Tall Heights’ success, propelling them off the streets to venues across the globe, from relative anonymity to their major label debut and hundreds of millions of streams. In harmoniously committing themselves to a signature sound, a product of their unique and undeniable relationship, Tall Heights sets the groundwork for an experimental sonic universe all their own.
Tall Heights in Concert-Jan 30,2020 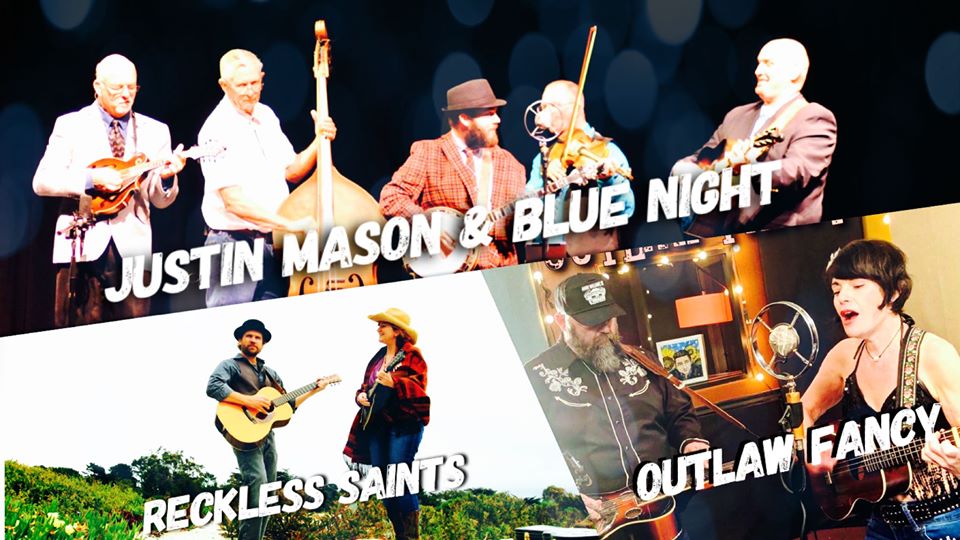 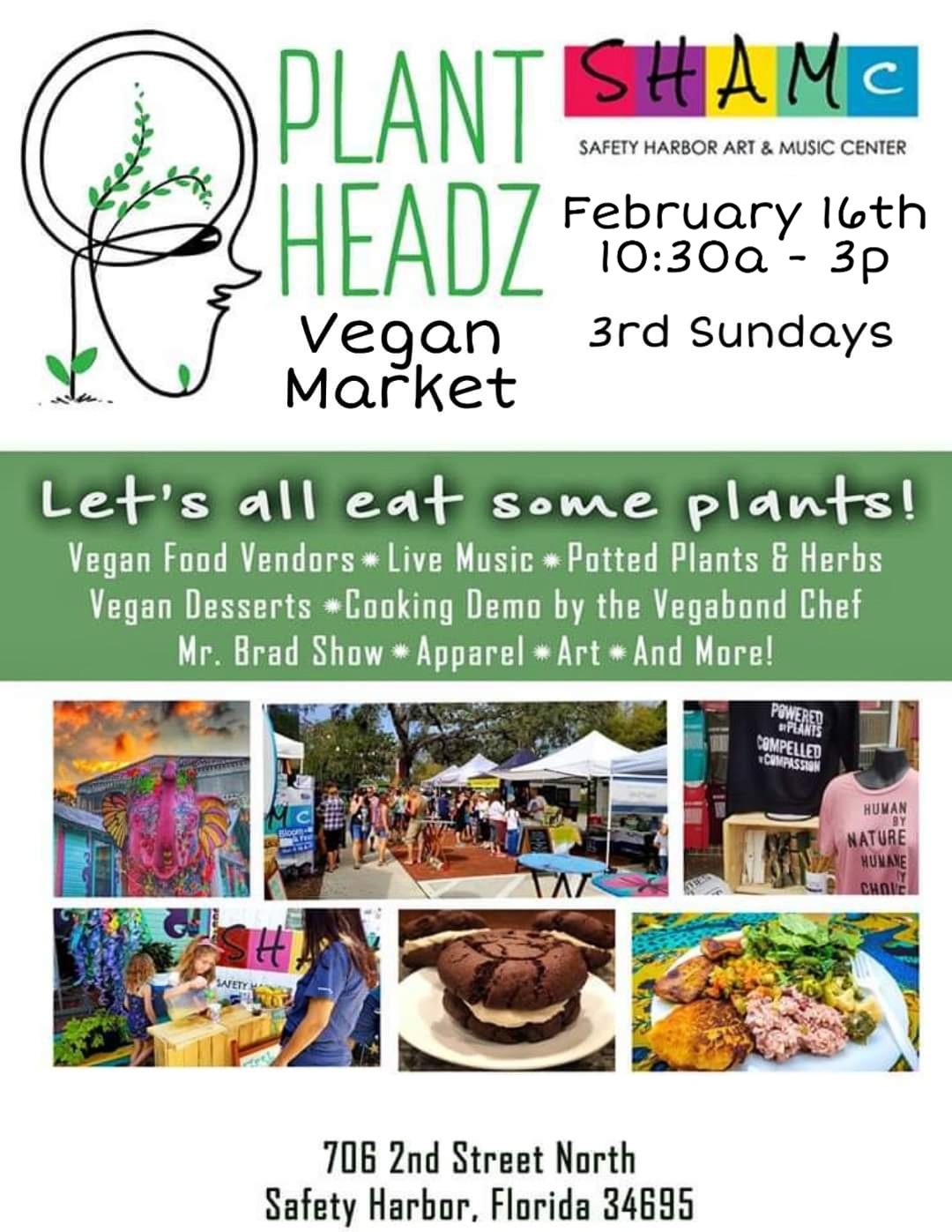 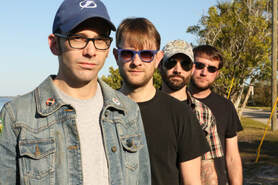 Florida’s Have Gun, Will Travel return with their first new album in four years. Strange Chemistry is the sound of a band with a renewed sense of purpose and direction. Following in the footsteps of fellow Florida rockers Tom Petty & The Heartbreakers, while simultaneously paying tribute to their early indie-rock influences, HGWT set out to make the quintessential American rock album. Singer-guitarist Matt Burke and fellow bandmates; brother and bassist Daniel Burke, guitarist Scott Anderson, drummer JP Beaubien, and keyboardist Edward Stork; along with help on several songs from good friend Garrett Klahn (Texas Is The Reason), deliver their most personal and emotionally resonant album to date.

Much like the characters in the 1986 film Stand By Me; the original inspiration for the Have Gun, Will Travel moniker; the members of this Florida indie rock outfit are on a life-defining journey. A journey filled with ups and downs; victories and defeats; moments of despair and redemption. Following the release of Science from an Easy Chair, HGWT’s epic concept album about a British explorer’s ill-fated Antarctic expedition, they encountered troubled waters of their own. Singer-songwriter-guitarist Matt Burke found himself in the hospital, questioning whether or not he would be able to continue with the band. Burke’s life-long struggle with anxiety disorder had come to a head and put him in the emergency room three times within a twelve-month period.

After a full US tour in support of Science…, the band members took some time off to deal with personal matters, then collectively made the decision to carry on. Feeling creatively exhausted from the last album, they took a full year off from creating any new music. When the inspiration returned, however, the pendulum had swung in the opposite direction. Instead of narrative stories about historical figures and events, Burke began writing personal, introspective songs. Songs dealing with anxiety, doubt and indecision. Songs about internal conflict and the duality of man. Songs about fear, frustration, perseverance and victory over adversity. Strange Chemistry is the product of HGWT’s determination and commitment to each other and to the music.
Have Gun, Will Travel FEB 21, 2020

Hi, I’m Dan. I’m a whiskey & beer drinking, fishing & hunting loving, motorcycle riding, quality food eating, hippie sympathizing, people loving, husband & father who lives in Minneapolis and shares a life with my amazing wife and two adorable sons named Oak and Alder. I grew up in the suburbs of Detroit, MI, and moved to Minneapolis when I was 18 to study music, and I stayed because I’m one of those crazy people that enjoys the snow and cold weather.

Music is my trade & performing it for people is my passion. When I’m not in my studio writing songs and cutting records, or on the road playing shows, I’m usually tending to our backyard chickens, eating fresh veggies from my wife’s huge garden, making syrup from our city maples, or doing one of my many outdoor hobbies.

Now here are a few things about my music career that I should probably share in a music bio:

• In September 2014 Budweiser released their "Friends Are Waiting" commercial campaign featuring me singing my song When You Come Home and it premiered during the Super Bowl.

• In February, 2018, I released my newest album 25 Years and is the most prolific and widely distributed album to date, featuring songs that have been placed in major ads as well as widely played Spotify playlists.

• In October, 2018, Miller Lite featured my newest single “So Good” in one of their commercials that played for months during NFL games on ESPN & more.

• In March, 2019, my song “You Feel Like Home” was featured in Explore Minnesota Tourism’s newest ad campaign. 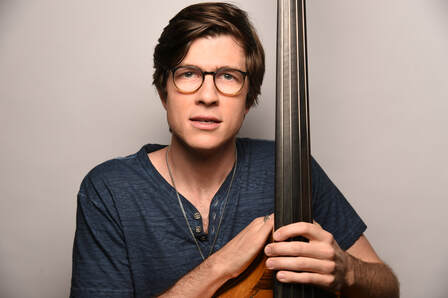 As a teenager, Scott picked up the bass guitar on a whim. Natural talent and the lure of a challenge drove him to be the best musician he could and discover his love for singing, songwriting and the upright bass. With the encouragement of his teacher, he went on to study music in college.
Scott moved to Nashville after school, and he would meet American music icon Ricky Skaggs and join his Grammy winning band, Kentucky Thunder. He toured with Ricky for five years, and in that time, first started writing songs on his upright bass.
He has shared the stage with some of the greatest artists of modern music, such as: Alison Krauss, Barry Gibb of the BeeGees, Bruce Hornsby, Brad Paisley, Peter Frampton, Steven Curtis Chapman, Emmylou Harris, Dave Barnes, Ben Rector, and many more.
Scott’s songs have received honors or been featured in NPR’S Tiny Desk Contest, the International Songwriting Competition, John Lennon Songwriting Contest, and American Songwriter Magazine’s 30th Anniversary Contest, and he has had numerous cuts on other artists’ albums.
He’s currently touring in support of his September release, Top Of The Stairs(EP), which was produced by himself, Charlie Peacock (The Civil Wars, The Lone Bellow) Gary Paczosa (Alison Krauss, Sarah Jarosz), and Shani Ghandi (Sarah Jarosz).
Scott Mulvahill in Concert-March 14,2020

Multi-Instrumentalist and Singer-Songwriter Darrell Scott mines and cultivates the everyday moment, taking the rote, menial, mundane, and allowing it to be surreal, ever poignant, and candidly honest, lilting, blooming, and resonating.  The words he fosters allow us to make sense of the world, what is at stake here, and our place in it. And ultimately, Darrell knows the sole truth of life is that love is all that matters, that we don’t always get it right, but that’s the instinctive and requisite circuitous allure of things, why we forever chase it, and why it is held sacred.
Darrell Scott comes from a musical family with a father who had him smitten with guitars by the age of 4, alongside a brother who played Jerry Reed style as well.  From there, things only ramped up with literature and poetry endeavors while a student at Tufts University, along with playing his way through life.  This would never change.
After recently touring with Robert Plant and the Zac Brown Band (2 years with each), and producing albums for Malcolm Holcomb and Guy Clark and being named “songwriter of the year” for both ASCAP and NSAI, these days ﬁnd him roaming his Tennessee wilderness acreage hiking along the small river, creating delicious meals with food raised on his property and playing music.  He often leads songwriting workshops to help people tell their own truths with their stories, and is as busy as always writing, producing, performing, and just plain fully immersing himself in life..

Opening Act--Joshua Reilly is a singer and songwriter currently based in the Tampa Bay area. His Midwest roots shine through in his writing which is best described as a fresh take on the Americana genre. His live performances featuring songs from his 2017 release, ‘Mercy on the Strange’ continue to captivate audiences in central Florida and beyond.
Darrell Scott in Concert March 18, 2020
WHEN YOU COME TO A CONCERT AND WANT A SWEET PLACE TO STAY PLEASE CHECK OUT THESE VILLAS WALKING DISTANCE TO SHAMc
https://www.villasbychristine.com/ 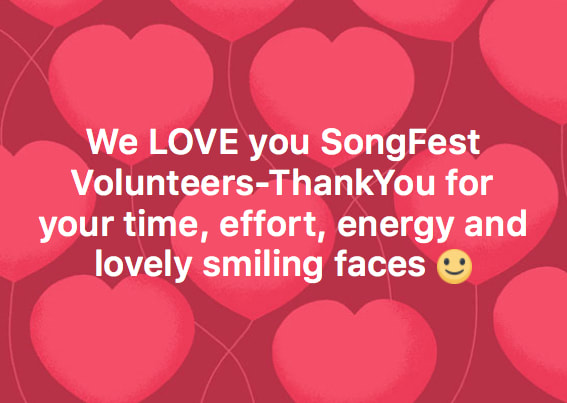